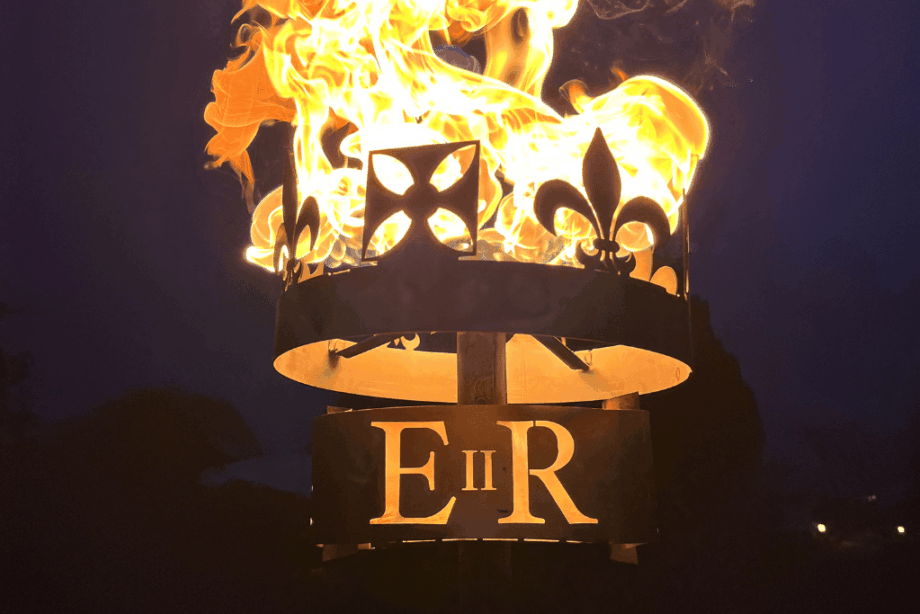 London Bridge City is lighting a Beacon for The Queen’s Platinum Jubilee, the culmination of an action-packed day of celebration at The Scoop. The Beacon is one of thousands being lit in the UK and the Commonwealth, and forms part of the official programme announced by Buckingham Palace for the Jubilee Weekend.

The ceremony features performances from the UK's premier Rapper Sword Dance group, The Tower Ravens, a performance by young Scottish piper Thomas Crawley, and a spectacular performance by one of Wales' oldest brass bands, the Lewis Merthyr Band.

Bruno Peek LVO OBE OPR, Pageantmaster of The Queen’s Jubilee Platinum Beacons said; “Building on a long tradition of lighting beacons to mark significant royal celebrations, thousands of beacons will be lit across the United Kingdom, the Commonwealth They will enable local communities to join together to pay tribute to Her Majesty as part of the official programme of events.

Tower Ravens Rapper: Tower Ravens are an active rapper team based in the City of London. Fresh from their recent victory at the 2022 Dancing England Rapper Tournament, they dance out in London once a month. Led by their wayward Beefeater, they also perform regularly at festivals and events across the country throughout the year.

Rapper sword dance is traditional to the north east of England and combines precise and neat stepping techniques with fast and exciting movements. The dancers use swords, inch wide strips of flexible metal with a handle at each end, and perform various intricate and acrobatic figures.

Thomas Crawley, Bagpipes: Born and raised in Edinburgh for 17 years. Thomas Crawley started playing the bagpipes at the age of 10. Now just 18 year's old, he's already an experienced piper, performing at a wide range of events, including an appearance on Radio 2 playing the Star Wars theme on the pipes for Star Wars day. In May 2021 he performed in a mass pipes and drum for the Duke and Duchess of Cambridge, Prince William and Princess Catherine, at Holyrood Palace in Edinburgh Scotland.

Lewis Merthyr Band: Founded in or before 1855, Lewis Merthyr is the oldest brass band in South Wales' Rhondda Valleys.

The Lewis Merthyr Band has an illustrious history; performing for royalty (including King George V and Queen Mary, and Edward Prince of Wales, later King Edward VIII), and on some of the most prestigious stages, including the Royal Albert Hall, St David's Hall, Wales Millennium Centre and Principality Stadium, Cardiff, Gloucester and Llandaff Cathedrals.

PLEASE NOTE: All events are free - no tickets are required - but please be aware that capacity will be limited and will be allocated on a first come, first served basis.

We ask that you do not bring any glass into the Scoop.