Summer by the River: Tankus the Henge 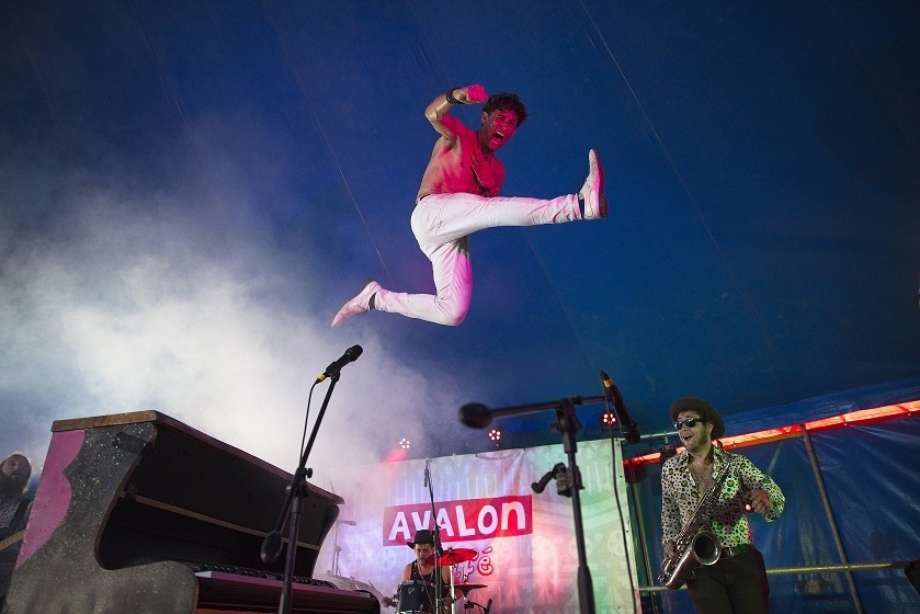 “Reminds me of a mixture of early Kinks, Squeeze and a bit of Blur mashed in … I love it” Dave Davies, The Kinks

"....a virtual carnival of sound that’s high on energy and deep on soul. With copious helpings of R&B blues, funk, disco, Django, a dose of Dexy’s, a drop of Ray Davies and a pinch of Madness emerging throughout the eleven tracks – it’s an exciting mélange of sound." Simon Wells, The Guardian

Tankus the Henge is the London based, five wheeled, funk fuelled, open top, custom paint job, rock‘n’roll jalopy that comes careering round the corner on a tranquil summer’s day. Ruining the silence and disturbing the bats.

With their charismatic frontman, Jaz Delorean, looking like a lost character from a Terry Gilliam film, Tankus the Henge launch into their live show like a band possessed, leaving audiences breathless.

Veterans of the festival circuit (Glastonbury, WOMAD, Boomtown, Secret Garden Party) and headliners at iconic London venues such as The Scala Jazz Café; if there was a roof at Summer By The River, they’d blow it off!