Summer by the River: Mr B The Gentleman Rhymer 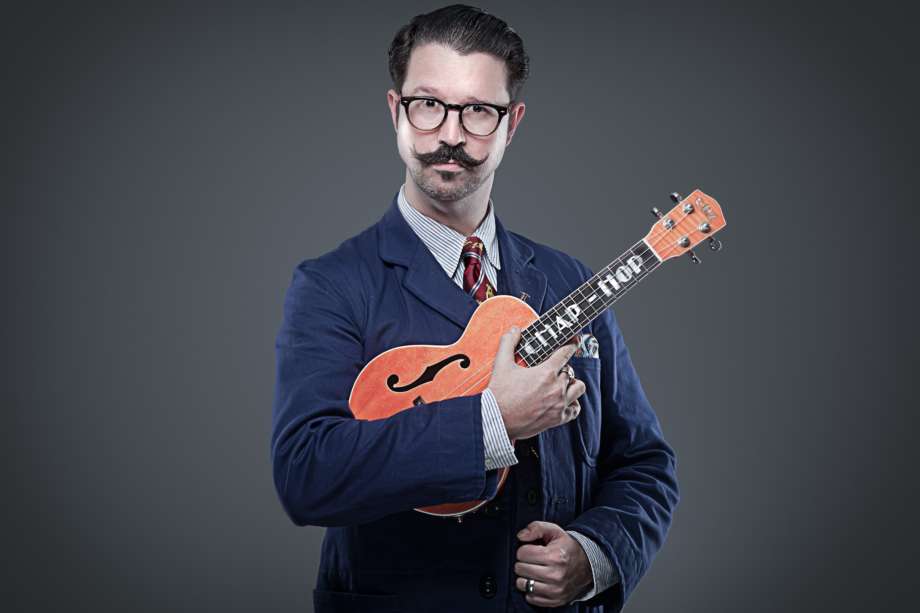 Mr B began his Chap-Hop career in the summer of 2007 when he decided to bring elements of his previous incarnations (UK rapper, jump-up breaks producer, banjolele maverick and dandy) together and create a genre.

‘A Piece Of My Mind’, his first ditty was released in Japan on Second Royal Records and its accompanying video and UK tour dates alerted the rest of the world to this new musical form.

Since then he has travelled the world, from Surrey to Osaka, Banstead to Berlin, Middlesborough to Minneapolis, Norway to New York and the Edinburgh Fringe to Glastonbury bringing his beats, rhymes and manners. As well as songs about cricket, pipe smoking, high society and interfering with livestock.

His videos have garnered millions of views on YouTube and his media appearances have included Rapping for Jeremy Paxman on Newsnight, playing live on BBC Radio One for Rob Da Bank, Nick Grimshaw and Scott Mills, on Radio Two for Claudia Winkleman and Steve Lamacq, 6Music for Tom Robinson and Shaun Kenaveny and for Zoe Ball on Sky Arts. He was also once the front page of the Wall Street Journal and was described by the Daily Mail as ‘Controversial’.

PLEASE NOTE: This event is FREE and is subject to first come first serve basis.